Living in LA for 5 years and being immersed in the beat scene, where Flying Lotus and Daedalus frequented the same shows that my boyfriend played, I came to know Austin Peralta as something of a local idol. Everyone knew his name, and he was an incredible pianist. I never got to meet him, but I know how much of an impact he had in our Los Angeles music bubble.

So last night while chatting with Alex, we found out at the same time that Austin had passed away unexpectedly. He was 22. It’s still unbelievable to me that someone can be gone at such a young age, when he still had so much to share with us all. His last tweet, from two days ago, was “Playing @ Blue Whale tonight.”

News like this will always come as a shock. Although I didn’t know him personally, I wanted to take a moment to remember Austin, and all others who left us too soon. Thank you for your music. We won’t forget you.

Before I get too deep into my thoughts on Crossfire Hurricane, I’d just like to point out one thing: 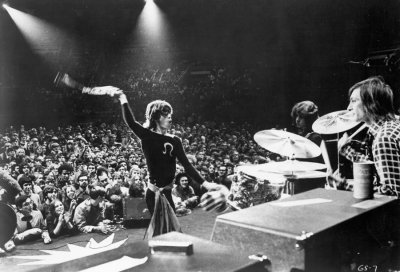 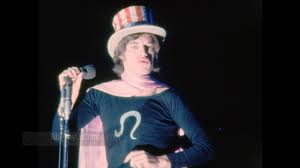 So, last night I watched Crossfire Hurricane, the new documentary about the Rolling Stones. I highly recommend it! It’s full of not-so-glamorous glimpses into the rock & roll life, especially in the 60s and 70s. Not to mention, some great live performances and interview clips.

Some parts that were interesting to me:

At one point, Keith said that “Midnight Rambler” was the “essence of the Jagger-Richards collaboration”…in his opinion, every other song they wrote could’ve been written by someone else, except for “Midnight Rambler” – something about making an opera out of the blues. I thought that was really cool. It’s also held up quite well over time.

Another song in the same vein that I absolutely love is “You Gotta Move”…I mean, watch that and tell me they’re not an amazing blues band.

The bit about Altamont stuck with me too. It’s such a shame how the concert ended, and that the violence was tied to the Stones just because they played the final act. They seem genuinely remorseful about the whole thing. Reading Pete Townshend’s book too, it seems like a lot of bands at the time were “assigned” these reputations from the media (e.g. “The Rolling Stones are the wild and dangerous version of the Beatles” or “The Who are loud destructive lunatics”), when in fact they viewed themselves quite differently.

It’s late and I’m tired, but it’s a holiday weekend so I’m expecting to go a little blog-crazy over the next few days. I’m slowly getting through Who I Am, and have some great quotes to share already. Happy Thanksgiving, dear reader(s?)!

Tomorrow is a great day because tomorrow, I am going to a Monkees concert (correction: I’m going to a Micky Dolenz, Peter Tork, and Mike Nesmith concert. We have yet to see who will sing “Daydream Believer”…). Alex, nice boyfriend that he is, has agreed to come along. He claims he wants to go, but let’s face it: I haven’t met another person my age who really shares my enthusiasm for the Monkees. Actually I haven’t met another person who shares that enthusiasm, period. 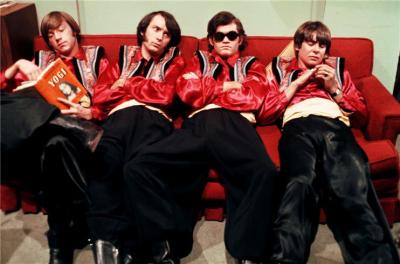 So, I decided to write this post as a sort of primer for the Monkees newbie. If you are being dragged to a Monkees concert by a crazy person like myself, you can at least pretend to keep up with us if you familiarize yourself with the following things:

The TV Show
First, you have to know what it is that made these guys popular in the first place. They didn’t start as a real band, they were just 4 guys hired to play one on TV. The Monkees show was a goofy time capsule of the 60s, usually involving the boys getting into ridiculous situations. Example:

(Understandably?) The show only lasted for 2 seasons. But what ridiculously glorious seasons they were  (I have them both on DVD if anyone ever wants to watch). R.I.P. 1966-1968.
.

Headquarters
The Monkees got a bad rap for not playing their own instruments on their first albums. They were never intended to be a real band, but essentially they became one. In 1967 they released the album Headquarters, which was pretty much all their own work. When it was released, it was #1 on the US charts until it was replaced by Sgt. Pepper’s Lonely Hearts Club Band, so….yeah. Word on the street is they’re going to play lots of songs from this album on the upcoming tour (whee!). 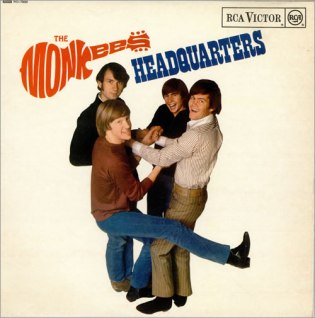 Head
A.k.a. the Monkees movie a.k.a. the weirdest movie ever. Why is it called that, you ask? I don’t know, and I kind of wish it wasn’t (cue 13-year-old Nikki telling her parents loudly in the video store that she “wants to get Head!”). The movie was the exact opposite of the TV show: satirical, uninhibited, and super-psychedelic.

Post-Monkees Tours and Controversies
The Monkees have done plenty of tours since they disbanded in 1970, but they were never real reunions. It’s a known fact that Mike refused to join the others whenever they went on tour (except for like one time), and Monkees fans are often bitter about this (I have mixed feelings: Mike is my favorite, but it is kind of a douchey move…). A lot of people think he’s just doing this one out of obligation but ehh…I don’t know. I follow him pretty closely on Facebook (haha, stalker much?) and he seems genuinely happy to be doing these shows. I’ll let you know after tomorrow. :) 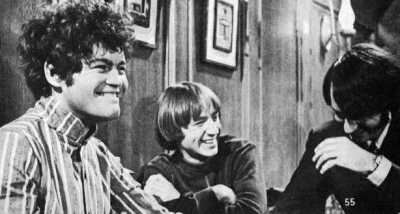 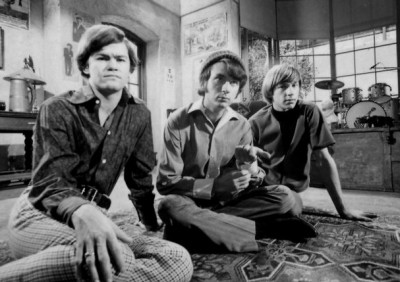 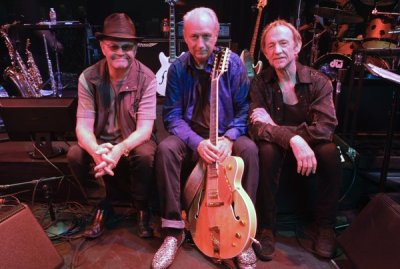 And finally, I’ll leave you with some of Nikki’s Favorite Monkees Songs:
–Pleasant Valley Sunday – More TV show silliness
–Porpoise Song – Featured in the ending of Head, trippy…
–Cuddly Toy – Actually, it’s more of a favorite video. Can never get enough of Davy’s dancing!
–Goin Down – I always underestimate this song; Micky is so awesome. Cool video, too.
–Basically anything sung by Mike *SWOON*

END OF BLOG POST. I HEREBY DECLARE MY UNABASHED LOVE FOR THE MONKEES.
.